Last week it happened. I missed my chair while transferring from the shower bench. For the first couple weeks home I would call either Jacki or Miriam and have them join me in the bathroom to spot. Most times it happened without a hitch, but every so often I would spring forward a bit too far and drive my head into their chest. They would then catch my naked body and guide me gently back into the chair. I worked at it over and over to point of not calling for a spot and after more than two weeks with no spotting you might say I was on my way. On that day as I began my bowel and shower routine Jacki headed out for her morning run. I pooped in a very hands on kind of way, cleaned that up then showered. Afterward I toweled off and bumped my body/butt along the transfer bench toward the wheelchair . I paused to spread a small towel over my seat cushion then positioned my feet and hands to make the second bump onto the chair. Placement of every part of my body plays a huge role in any successful transfer. One, Two, Three! I felt my self springing up and suddenly too far forward.
&%*@! 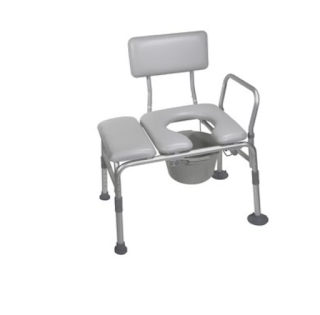 I closed my eyes waiting to hear the sound of flesh and bones crumbling onto the tiled floor. A moment passed. And when it didn’t come my eyes opened. Somehow I’d grabbed the wall bar in front with my right hand and my chair with the left. My clean body hung suspended in the middle. After a few moments of trying to will myself to the chair defeat was admitted. I lowered to the floor, propped my back against the wall and positioned a towel beneath my boney legs. There was time to burn before Jacki returned. Thank God somebody chose to install radiant heating in the floor of the bathroom.

There are a few photos on Jacki’s phone that show the surgery on my spine. The skin of the back is stretched open in one long incision revealing a bloody assembly of muscle and boney spine. The photos are a solid reminder of the damage inflicted and the involved procedure to help repair it. This idea in my head that I might soon be pain-free is kind of silly. Broken bones need time to heal and even then may be sore for more. I keep running this thought through my head so that it might one day stick. 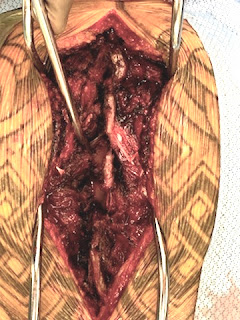 Jacki came home and scooped my withered body off the tiled floor then wept. I cried too. This new life is hard to swallow at times.

I, we have been exercising daily, alternating between strolls in the wheelchair and rides on the bike. Therapy continues and strength comes with it. We have added dry needling from Esther Smith of Grassroots Physical Therapy which has loosened muscles allowing more movement making general living easier. Chris “Commander) Magerl, a steady biking companion and long time friend, was kind enough to lend me his film camera kit. So thanks to the prompting of Dave Clifford I have started making images the old fashioned way. Stay tuned.